There was a time, when most articles here looked like lab reports or chapters of a thesis. Occasionally, there was a weird poem thrown in.

Now is the time for art only, and the thesis-like postings provide for raw material. Temperature waves beneath the ground, driven by the oscillation of the temperature on the surface … reloaded, after 6 years. I am combining …

… now in a single three-dimensional plot. 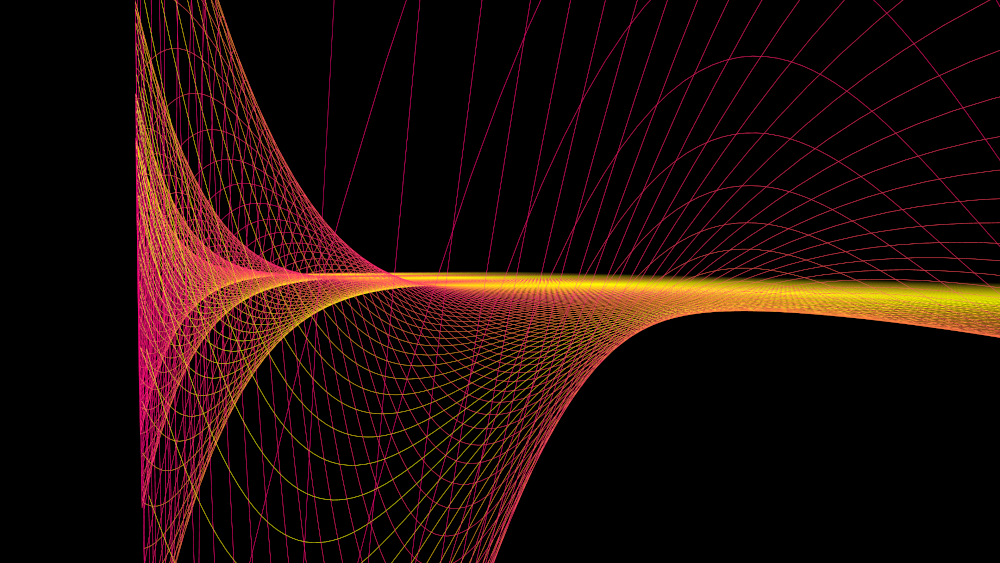 energy would be created from ‘nothing’
Without sources or sinks

a legitimate choice
thanks to linearity
we guess at the solution

Would it be a real
square root of the complex number 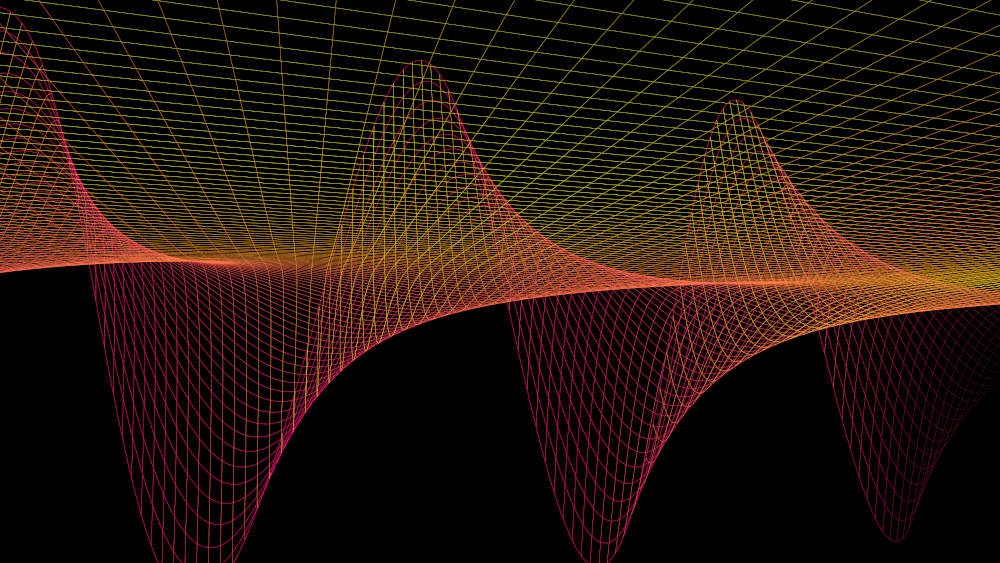 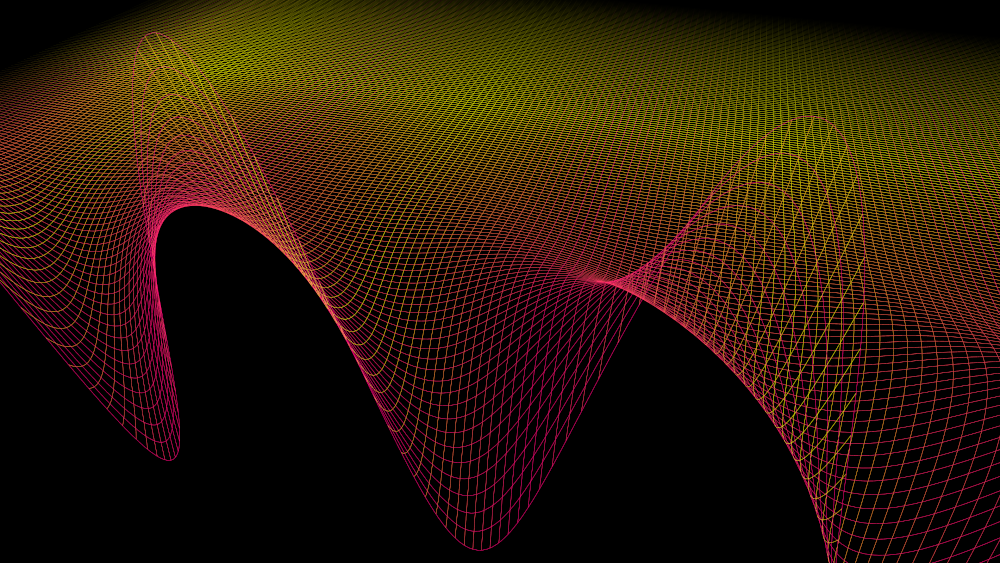 Images created with SageMath and custom code; as usual I am stacking parametric curves onto each other: Sets of the sinusoidal waves, repeating themselves year after year, and sets of the exponential spatial change of temperature at a certain point of time. Moving deeper into the earth, the amplitudes become smaller, and there is a time lag until maxima appear.

The boundary conditions are the oscillation imprinted on the surface by solar energy on the one hand, and a constant temperature at ‘infinite’ distance beneath ground level on the other hand (the constant flow of true geothermal energy – the remnants of the ‘violent past of the primordial earth’ –  is not considered here; see the thesis post for more details.). Colors selected for aesthetics, not for educational purpose. No captions, axes, legends etc. for the same reason.

I am again adding my silly version of a donate button. If this was a book, and I would donate all profits. If you have ever found my articles useful, interesting, entertaining, if they have helped you with solving a technical issue, building your CAN bus logger or even your solar/air/ice heat pump system, hacking Public Key Infrastructure, learning about Statistical Mechanics or simulations, or if you enjoyed looking at my visual art in times of panic, or getting into panic because of my strange poetry … please consider donating to your favorite project or charity that supports Ukraine and Ukrainian refugees now, like the Red Cross. I trust in you and I hope you do – so I will keep blogging and creating!

But I am also working an something else: elkement is now also on ArtPal and ArtMajeur. I have started to upload my digital/math/physics art, so visitors can purchase prints. All profits go to Ukraine aid.